Are NFTs the future for Digital Media Artists? 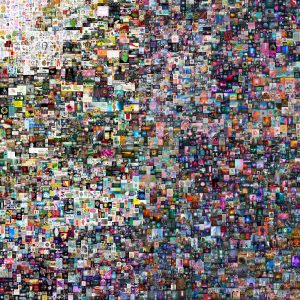 The emergence of NFTs (or non-fungible token) has come from the surge of popularity in blockchain technology over the last few years. On the 11th of March 2021, the first purely digital NFT based artwork offered at an auction house, ‘The First 5000 Days’ (shown here), was sold at Christie’s for $69 million. The artist, Beeple, became one of the top 3 most valuable living artists because of this sale. He started his NFT career on Nifty Gateway, a marketplace for Nifties (their word for NFT’s), back in October 2020 with the 3 open edition artworks he released in December 2020 for $969, reselling for as much as $125,000 in March 2021.

My name is Joe Hall, I am a multimedia designer and videographer. Recently I have been obsessed with all thing’s cryptocurrency, especially how they can be used to improve the Digital Media industry. Looking into them more I came across Non-Fungible Tokens and realised they also, just like the currencies, exist on the blockchain. In this article I will explain why NFTs are a unique innovation that may revolutionise digital media and how we consume it.

But what are NFTs and how have they become 2021s hottest digital topic?

Any digital file can be downloaded, used, and replicated continuously however NFTs allow files to be digitally ‘tokenised’, forever cementing the digital item on the public blockchain ledger for all to see – meaning anyone can see the details of any NFT transaction. This allows the digital ownership of these tokens to be bought and sold therefore creating an economy. Although the NFT owner does not technically own the object that has been tokenised, they are the holders of the digital certificate of authenticity. As they are non-fungible, they do not have a tangible form of value and due to the scarcity factor, they can be incredible rare therefore commanding a high price.

NFTs - what's in it for digital creatives?

Digital Artists can not only release their equivalent of physical artists numbered prints, but the fact they are authenticated by the artist when they are minted (made) ensures they can never be duplicated giving them a limited supply. A good analogy is that anyone can go to the Louvre and take a picture of the Mona Lisa but not everyone has the commodity of a certificate of authenticity. Artists now can now sell authenticated pieces of digital art for high commissions as their fans know it is genuinely from them and not a fake. The fact that it is digital art also offers the possible of having motion or animation, an advantage obviously not previously available in the physical art world. It is clear to see why the digital art industry has adopted NFTs so easily. 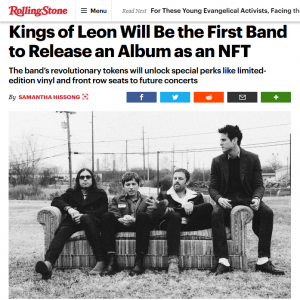 Musicians are also beginning to test the NFT waters, evident by rock bands such as  Kings of Leon who became the first band to release their 8th studio album ‘When You See Yourself’ in this way, generating over $2 million. Taking into consideration that most music is streamed nowadays, which means artists earn as little as $0.0033 per stream according to Business Insider, it is no surprise that artists are starting to investigate other revenue streams.

But there are other benefits too. Not only does the NFT provide artists with more financial support, but their fans also get to own a digital collectable. Its no different to when a band releases a limited-edition vinyl of the album that that may only have 1000 pressings. Yes, anyone can go and stream the songs on Spotify or even YouTube free of charge, but only the 1000 lucky fans can say they own the limited-edition physical edition; only in this case the asset is digital and not physical.

Who has the most to gain from NFTs?

In my opinion the market with the most potential is the games industry. The global micro-transaction market is expected to grow to just over $34 billion by the end of 2021 according to the Business Research Company. Many video games such as Counter-Strike: Global Offensive; a first player-shooter, and FIFA; a yearly football game, utilise micro-transactions very well within their games allowing users to purchase many items, from cosmetic gun skins to virtual football cards you can play with in-game. 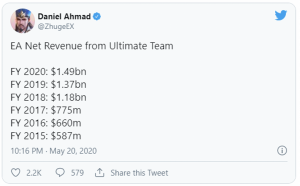 These loot boxes bought with real money prove very popular with fans. FIFA’s Ultimate Team game mode netted EA Sports $1.49 billion in revenue in 2020. Due to EA’s annual business model a new FIFA game is released in the Autumn every year. Once the new game comes out, all player items, in this case the virtual football cards, become somewhat irrelevant as they cannot be transferable to the new game nor can they be sold for a monetary value without violating EA’s terms of service. Therefore, millions of users spend their money on items they cannot resell and are even taken off the public network when EA turns off the servers for the older games, about 5-8 years after release. 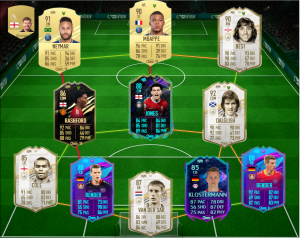 Implementing NFTs into a game like FIFA could provide many benefits; all cards would be publicly available on the blockchain forever, instantly making them a digital collectable even after a new FIFA is released. Users like myself who do not spend money on these in-game items could be persuaded to make micro-transactions if they knew the cards could be resold later, recovering costs, and perhaps even making a profit. EA could then charge a small 5-15% resale fee to users that would list the NFT on the public market, similar to some digital art platforms, earning the company even more profits.

Admittedly, since many younger children (7+) play FIFA this could be an alienating concept for this market segment and even fall under gambling. Yet the potential is still there for a crossover between NFTs and gaming and I expect the first successful game to bridge that gap will make a great amount of revenue.

Naturally, the sporting collectables world is another sector that has warmed to NFTs with NBA’s Top Shot and Football’s Sorare platforms exploding in popularity throughout the first quarter of 2021. Top Shot allows you to open digital packs of NBA players video highlight ‘moments’ minted as NFT’s which are given a rarity, numbered and are publicly available on the platform. Users can then show off their collection as well as trade their moments on the marketplace. 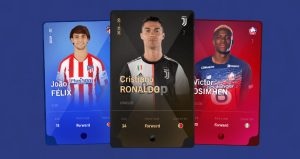 Sorare is a similar concept but using digital football cards you can play fantasy football with and win rewards. It is very similar concept to FIFA; however, you cannot actually ‘play a game’. Instead, the value of your cards is based on how your players preform in real life. The cards you own also have monetary value, will not become obsolete even when the next season cards are released and, in most cases, gain value over time. Sorare currently have licenses for some of the biggest clubs in the world and are constantly expanding. Much like Top Shot, these cards can be traded, with the higher rarity cards of the biggest and best players often demanding the most amount of attention and therefore money.

NFTs have a potential uses outside of the digital world as well: the fact that a token can be burned and therefore expire could be used in a variety of different ways, such as the hospitality industry for hotel or Airbnb bookings for example. The token would become valid at the start of the visitors stay and burn when it is checkout time, allowing to set up smooth digital schedules and contactless check in. 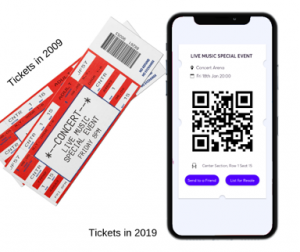 In the entertainment industry this technology could be used to authenticate event tickets as they can not be forged or replicated therefore eliminating resellers and ticket touts that are so harmful to the industry. The token would be the ticket and would not even have to be burned as each event could use a unique token that has been minted to the size of the capacity of the event. This will then give fans a collectable digital asset of that specific event that will be forever minted on the public blockchain.

In my opinion it is hard not to see this kind of technology being more integrated into everyday processes and life in the future. Digital assets have become hugely popular over the last few years due to the surge of Bitcoin and it seems like it is not going let up soon. The potential of the technology along with various of cutting-edge projects innovating these industries is starting to make its way into the mainstream, and I believe this is only the beginning.

If you know of a project using NFTs or blockchain technology in some way I would love to hear about it, or if you just want to talk about what I have mentioned above, the post is live on my LinkedIn profile here.