It seems like the Covid-19 pandemic is in a never-ending state to many of us at this point in our lives, with more restrictions being forced into action due to the increasing infections and death rates around the globe. Lots of organisations and small businesses will struggle to survive this downturn of events, and television and film productions have already been hit heavily by the impact of the virus.

The film and media industry provides entertainment that forms a huge part of everyone’s lives and is something we could not live without in current times. However there have been changes. Many major films have been pushed back for release including the new James Bond or Marvel films, and of course, with many cinemas temporarily closed during the lockdown, online streaming services have surged.  How has this affected audio-visual production behind the scenes and what are companies doing to adapt and overcome the barriers they face in a post-pandemic world?

The regular media production workflow had to adopt new approaches to content creation as of recent times. Working from home is the new ‘normal’ for everyone, from editors to scorers. Using remote and cloud-based workflows efficiently is more relevant than ever. Remote workflows ensure a safe environment for all, as professionals can carry on with work from their homes, as long as they have the right hard and software setup (https://www.avid.com/resource-center/how-your-production-team-can-successfully-transition-to-a-remote-work-environment).

With that in place, you can edit content almost as efficiently as if you were still back in your edit suite. This can help smaller production houses to save costs. Moreover,  less staff and smaller amounts of video equipment are now required on location. While this makes a production team more agile it also requires strong team communication throughout the process, to achieve safe and best results.

As a student on the Audio-Visual Studio module this year, most of our lectures and tutorials have been online, which we have all had to adapt to in the past few months. As I was not living on campus, it has not been possible for me to loan out media production equipment from the university. Good equipment  may have come in useful for the creation of my final year short film. These days however, you don’t necessarily need a good quality camera or any special lighting to shoot a film, as with the rise in technology most smartphones allow to film in HD and 4K. Steven Soderbergh, Chan-wook Park, Zack Snyder and Michel Gondry have all used iPhones on features and shorts (https://www.thewrap.com/movies-shot-on-smart-phones-high-flying-bird-tangerine). Soderbergh especially is a director who used the iPhone to his advantage, for example in Unsane he used a variety of phone apps and tools to successfully capture the feel of a 70’s horror classic.  Compared to moving lots of pricey and cumbersome equipment to and from a shoot, the smartphone apps offer more convenient and cheaper ways of capturing and editing footage.

Another technology coming into the spotlight due to the current circumstances is virtual production. This type of production provides a good solution for many companies and will be such an important part of filming for the future. Instead of filming at certain locations with large numbers of crew, it allows film makers to capture scenes virtually using special tools, for example by visualising VFX shots through unique lenses. Unlike normal greenscreen shots, the actors can see the graphical contents in the background, and cinematographers can work their magic to make it look like a real location shoot.

Disney’s highly rated and impressive series, ‘The Mandalorian’ has already used this technology for parts of its production (The Virtual Production of The Mandalorian, Season One https://youtu.be/gUnxzVOs3rk), and many more productions are on the verge of using this technique. 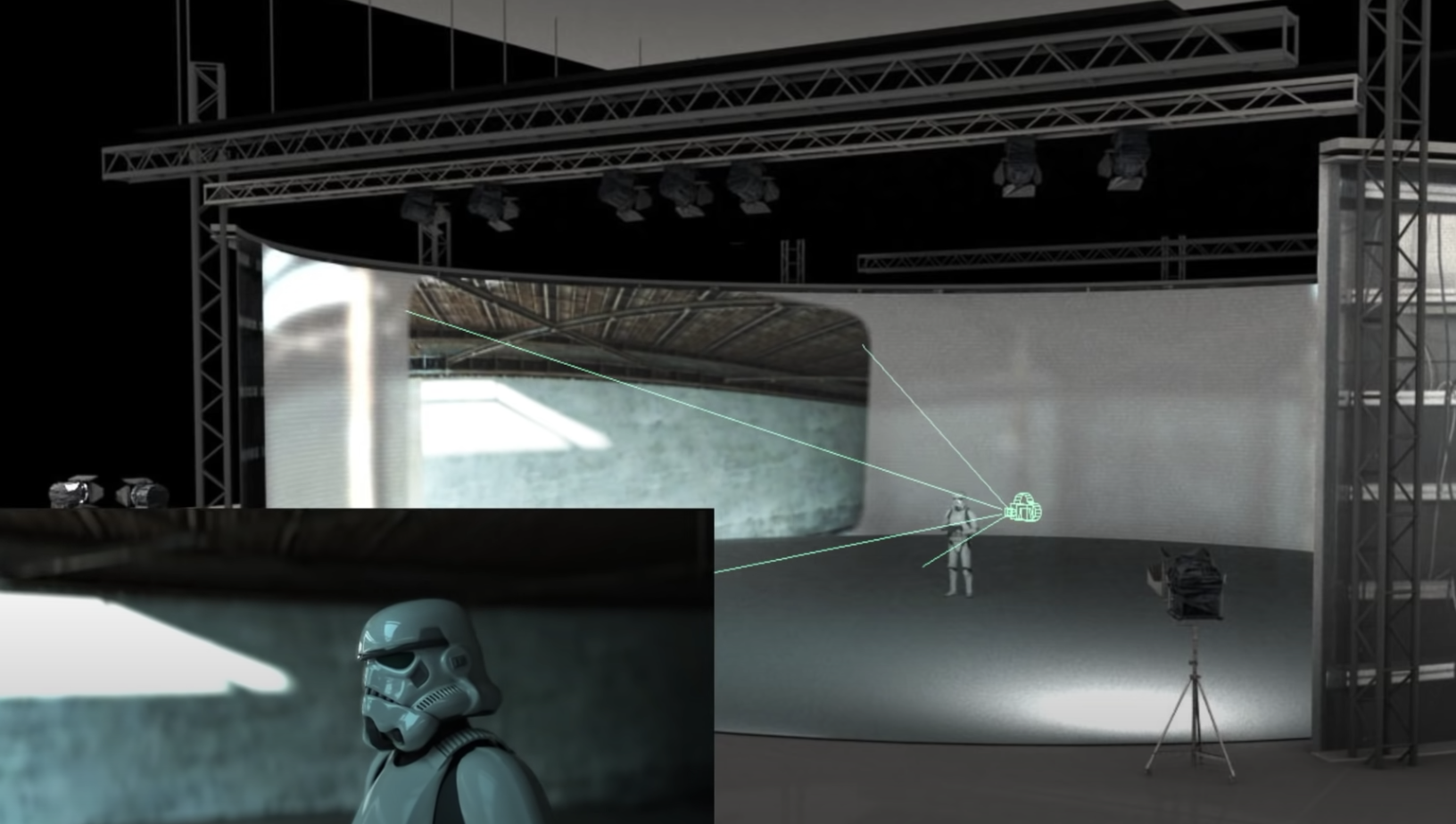 Of course, it was going to happen in the future anyway, with the advancement in technology increasing and more aspiring directors being able to get their hands on these kinds of production tools. However, virtual production has become more prevalent now due to COVID-19. Arguably, there would have not have been that so much uptake of it if things were completely normal.

Unfortunately for now, the film and media production industry is having to adapt to these changes as quickly as they can. Smaller production houses have been hit harder than bigger ones, but perhaps the situation is not all that bad after all, as new methods and technologies are available. You do not need lots of expensive equipment or to be shooting within a studio to produce a quality film, that has already been demonstrated by well-known directors.

Working remotely was becoming more popular anyway but with COVID, that has increased significantly. Virtual technologies are becoming more popular, with software like Unreal Engine allowing professionals to bring virtual environments to life. Needless to say, every professional in the sector is continually exploring alternative delivery methods and platforms which could allow them work more efficiently.